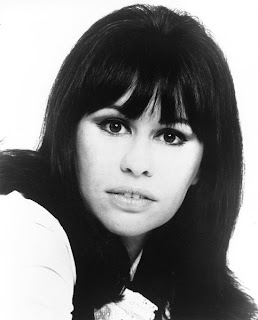 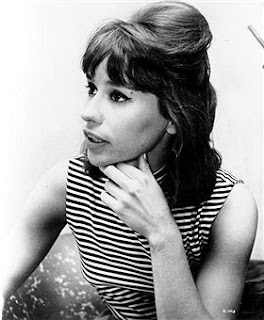 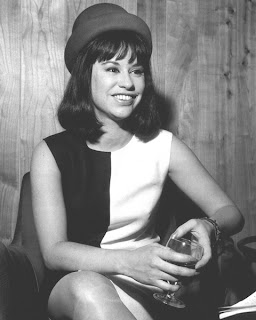 I've been on a tropicalia/bossa nova kick lately that just will not die down. As soon as the sun starts coming out on a regular basis and sandals are climate friendly morning, noon, and night, I start getting a hankering to listen to Antonio Carlos Jobim. I remember sitting around in late college, secure in my perfect understanding of 1960's pop music, and listening to an instrumental of "Girl from Impanema" with Curt, who at the time was the lead singer of both a bossa nova AND a Talking Heads cover band (one leads to the other with a direct root of David Byrne's interest in Brazilian music and musicians, but don't they seem disparate?). "You know who wrote this song?" Me: "Uhhhh....Burt Bacharach?" Him: ((just agog with the knowledge that he has perfectly, effortlessly revealed a blank patch in my musical knowledge)) "No." Me: ((not willing to take such a wound to my pride from someone who listens to Phish and Rush)) "No, I think it is." Him :"No, I'm afraid it's not." Whereupon he produced a copy of the record sleeve and pointed one shaming finger at the composer's name.
To Curt, wherever you are; not without a note of sadness do I once and for all allow that you were right. More right than me. ONCE.

Antonio Carlos Jobim (henceforth "Tom Jobim") wrote "Garota de Impanema"; the most famous version is performed on the classic 1964 record Getz/Gilberto, featuring Astrud Gilberto, João Gilberto and Stan Getz. I initially wanted to just put up a few pictures of Astrud Gilberto, comment on her style, and remind you to go to your nearest record store and pick up some Brazilian tunes before summer is full upon us, but digging in was just too saucy. 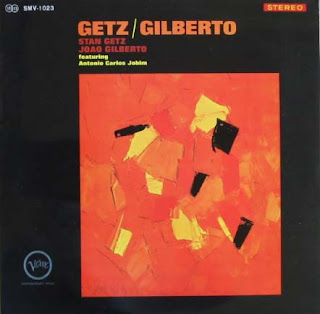 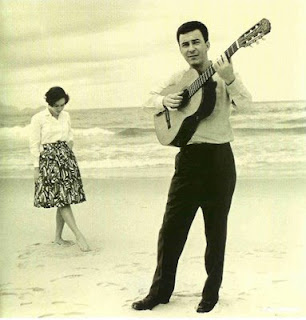 1) João Gilberto and Tom Jobim-- just astonishingly talented. Independently as well as in collaboratively, they were the two figureheads of the bossa nova and tropicalia in that they pretty much INVENTED the former, and had a major, major hand in the latter. Jobim has a song called "Insensaetz" that is a brief respite from the dark music on the Lost Highway soundtrack. I had this on a tape in middle school and when I bought my first Jobim record, I could hum along with that song note for note, as I wore that cassette OUT back in the day.
2) Astrud Gilberto was asked to sing on the record as a lark, with no prior professional singing experience. She says on her website that the idea of her being blindly discovered is somewhat false, that she HAD sang in public at small gatherings, but this would pretty much be a similar situation to Matthew writing a number one selling record, and, based on how much I love singing "Thanks a Lot" at karaoke, out me on it, and I was suddenly a massively popular vocalist with a number one hit-standard in my pocket. Say whaaaaaa.... 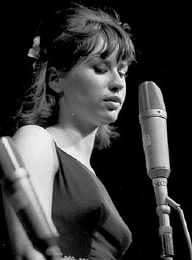 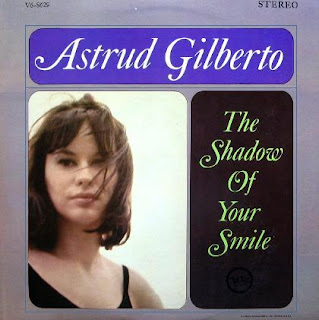 Her face reminds me of Clea Duvall's...almost pretty slash almost feral. Something to do with the proportions, no doubt. Still, I love her style, her weird, tall, Priscilla-y hair and the repetition of costumes from one stage appearance to another as seen on youtube (if I had a black lace maxi dress like that one, I would wear it all the time too). 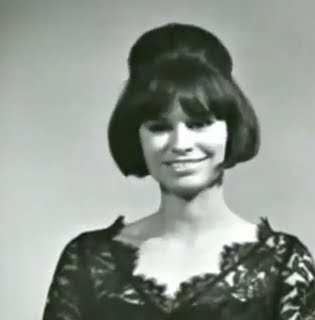 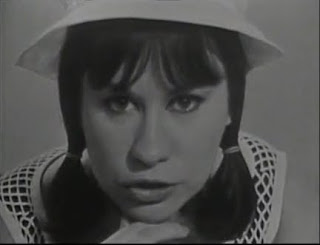 3) From an article online on trying to secure an interview with AG, the reporter spills on Joao Gilberto, with the typical "mad genius" background: " By the time he was in his thirties, Gilberto had been institutionalized briefly for depression. He was a chronic drug user, and, as often as not, homeless, cruising from couch to couch for as many as 10 years. They say he had a thing for talking to cats." By the time they married, he'd apparently straightened up enough to write the seminal bossa nova tune "Bim Bom" . 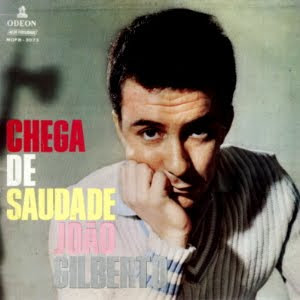 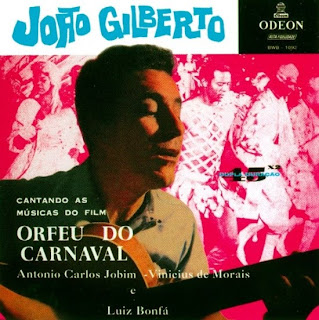 4) Cue Stan Getz (saxophonist par excellence...I can't remember which sick, out-the-door, great-himself jazz musician said "We would all play like him if we could", but you should know that one did), whose "personal life" entry on Wikipedia reads thus:

"Getz became involved with drugs and alcohol while a teenager. In 1954, he was arrested for attempting to rob a pharmacy to get a morphine fix. As he was being processed in the prison ward of Los Angeles County-USC Medical Center, Beverly [his wife, a vocalist for Gene Krupa] gave birth to their third child one floor below. " 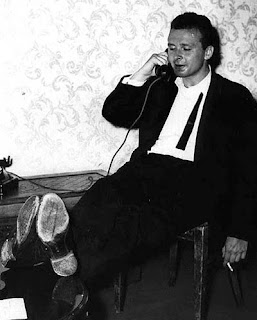 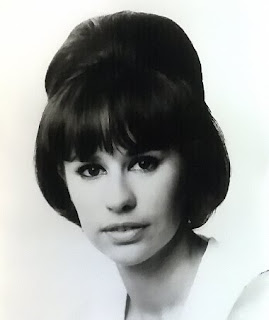 5)SG starts collaborating musically with Joao Gilberto; shortly thereafter, he begins an affair with Astrud Gilberto. WHICH I CAN FIND NOTHING ABOUT ON THE INTERNET. Nothing. One-sentence mentions in paragraph long entries. I'm used to reading biographies of people whose slightest indescretion has been exhaustively detailed-- I'm not morbidly curious, I just wanted to know if they were serious or if it was a fling situation, or what happened personally out of an unbelievably successful professional relationship. From what I understand, the collaboration broke when AG wanted to continue her career singing more pop-oriented numbers (Dusty Springfield, "Windmills of Your Mind" kind of music, which I love) and SG wanted to go back to his roots in jazz (which I also love). Both walked away from samba/bossa nova/tropicalia music, which I think is a shame. Why did Astrud Gilberto gravitate towards flawed geniuses? What did she think of her own talent? What happened to her afterward?

6) From what the guy in that article I cited on #3 says, she lives in Philadelphia, continues to record, has a lot of cats, and refuses any and all personal interviews. She does have a website, which is at times weirdly piteous and archly critical of the (even at that, very scarce) information available about AG on the world wide web:

"Regrettably, there is some unscrupulous exploitation of Astrud Gilberto's name and likeness on the Internet, as well as misinformation about her, including inaccurate or distorted "facts", sometimes posted as "biography"... " 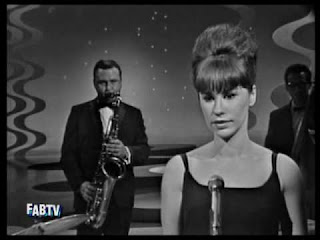 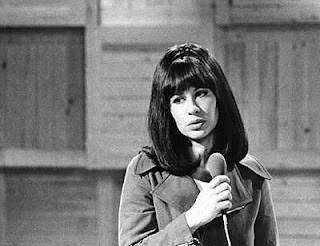 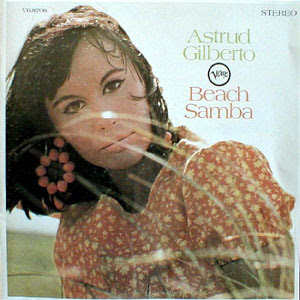 At the risk of being one of Ms. Gilberto's mean, mistreatin', would be biographers, I give. That's as far as I got before I slipped back into the music. The childlike, empty look of her face and that simple, innocent voice on the recordings was enough for me to know about the jolie-laide Astrud Gilberto. Sometimes elusive figures are best left elusive.
To the records, friends!